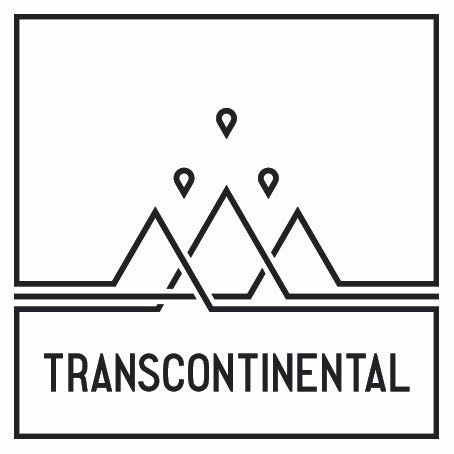 With the Transcontinental Race less than 4 weeks from now and the race manual finalized, time for a quick recap of the check points and what to expect.

The race will start in Geraardsbergen at ‘De Muur’ on July 28th, 10pm CET. From that moment riders will follow their own routes to the following check points.
END_OF_DOCUMENT_TOKEN_TO_BE_REPLACED 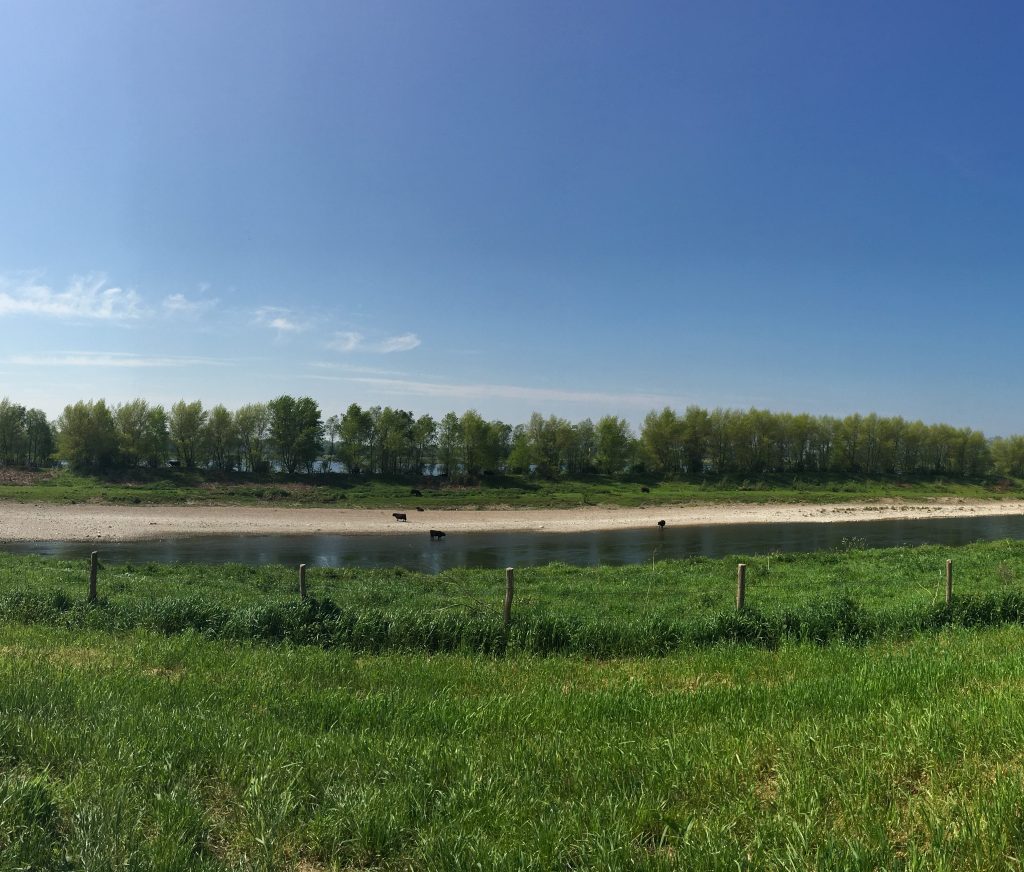 It is dark in the night. I am cycling along the river Meuse. Behind me there has been a bright light for some minutes. I am tired, but keep on cycling. Is it a car following me slowly? I can’t think very clearly anymore. Then something unexpected happens.

I wake up early in the morning. I had set my goal for this weekend. Ride at least 300km with full kit on my bike. Created a route earlier which would take me from Maastricht, near the Belgium border, back home. Following the river Meuse. After a shower, breakfast and some coffee, I leave home. I travel by train to Maastricht. The sky is blue. It will be a beautiful day to go cycling.

When I arrive in Maastricht, I first get me a cup Latte at the railway station. A few minutes later I jump on my bike. I ride 2km to the Meuse, where I take a picture and post it on my Facebook page. Next I tried to load my route on my Wahoo ELEMNT. Oops, I forgot to sync it at home. No problem, route is in the iPhone companion app. Unfortunately it didn’t sync to my ELEMNT. Now what? On my ELEMNT there is a draft route I once created. I decide not to use it and use the bike path signs of the national LF3 route. It appears after a while that it is not the quickest route.

A few hours later I arrive in Roermond. After having very “healthy” junkfood as lunch I get back on my bike. Change of plans. Not following the LF3 route anymore, just following major roads. This goes a lot faster. My legs are not very good, but I make the best of it. I pass Venlo and early in the evening I am near Nijmegen. Took me longer than predicted. I decide to load the draft route on my ELEMNT, which takes me to the west. Wind is mostly a tailwind, so my pace is good. Around midnight I pass north of Den Bosch.

It is dark in the night. I am cycling along the river Meuse. Behind me there has been a bright light for some minutes. I am tired, but keep on cycling. Is it a car following me slowly? I can’t think very clearly anymore. Suddenly a blonde woman on an e-bike slowly passes me. She smiles when she looks at me. “Hi there!“, she says and disappears slowly into the night in front of me. I feel like a complete idiot, but I am laughing. One moment I tell myself “pace yourself and ride along with her“, but I think that would scare her.

With about 75km to go, my pace is completely gone. I am tired, my neck hurts and I would love to have coffee. No luck. Everything is closed. No gas stations with shops opened. Earlier I was thinking about getting my sleeping bag and just sleep for an hour or so in the open air. I had stopped at an excellent place, but decided to go on, because “it was only 125km until I was home“. Those little things make those training rides worth the effort.

Eventually at 5:40am I arrived home. Two hours later then predicted. I slept a few hours. Sunday afternoon I made some decisions. I unmounted my aerobars from my bike. They are blocking access to my Apidura accessory pocket and I have a sensitive shammy, which prevents riding long distances in that position. I cut down on what I took with me last summer. Makes my bike a lot lighter.

Feeling about this ride was good. Learned some points that need improvement. 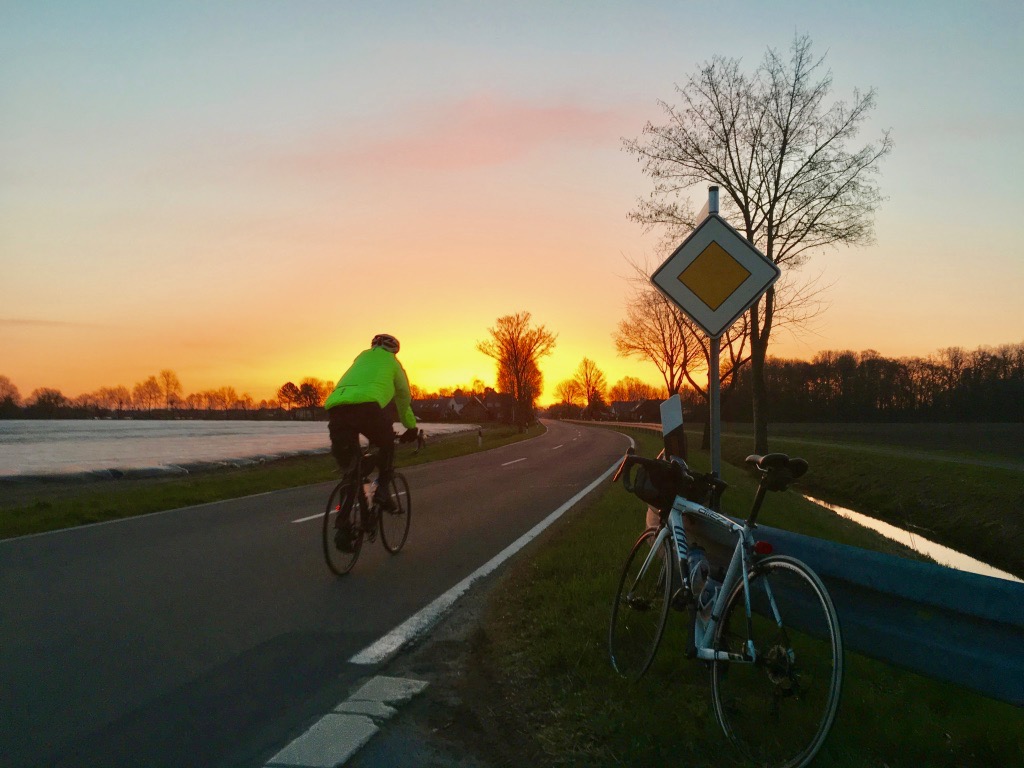 I know it is early in the season and I am far from perfectly prepared for Transcontinental Race, but I like test myself to see where I am standing at that moment. So past weekend I did a 400 km brevet. I didn’t ride longer than 102 km this year. Some people will think that is crazy, but I think it is a mental thing.

Saturday evening at 9:00 pm we started in the dark in Boekelo, the Netherlands. The first hour I was leading the bunch with an average of almost 28 kph. I decided to reduce my speed. With over 350 km to do, this was nuts. Riding alone in the dark. I love that. Occasionally you pass someone or someone passes you. You ride together for a while and split up again.

Early in the morning I catched up with Ernst and some others at a check point in a gas station. Time to eat and drink some coffee. So far everything is going smoothly. My legs feel great. Although it is early March, it isn’t really cold during the night. I brought a jacket, but didn’t use it. After 30 minutes I continued together with Ernst. The sun slowly starts to rise in the East. Awesome views.

After a while Ernst told me his legs were not very great, so I left him and got in a really good pace. Until about 200 km. I passed a town with the roads in the centre covered with cobble stones. I completely lost my pace. I stopped for a coffee and got back on the road again. Apparently Ernst passed me, because some time later we met each other again. The rest of the day we cycled together. Which was good thing, because mentally it got a bit harder. I took a small can of chamois cream with me and reapplied it regularly. However it resulted in saddle sores. Not a very happy feeling.

In my head I painted a picture of me riding the Transcontinental Race, while having such saddle sores. Doubt was whispering in my ear: “What have you got yourself into girl? Are you really going to do this?” I denied the pain and focussed on other things. That was helpful. Some moments my legs were horrible, but after a while they got really powerful again. It is just a phase during a ride you have to accept and keep on going. Eventually after 22 hours we finished in time. I got me big glass of beer.

It is a good thing participating in such events. You learn. You grow. Both physically and mentally. However I didn’t have such saddle sores last year during L’Altra P-B-P. So I got enough to do in my preparation towards the Transcontinental Race. Doubt isn’t option.

I want to participate in The Transcontinental Race in 2017. Old news. As I am gradually building those longer distances, a nice longer ride would be a wise experience in 2016. A few months ago, Robert pointed me at a possible ride. One that would fit perfectly in my preparation: L’Altra P-B-P. END_OF_DOCUMENT_TOKEN_TO_BE_REPLACED